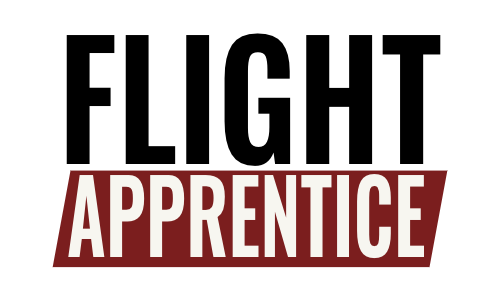 What Are All Those Buttons?

A pilot’s seat can look impossibly complicated with buttons, dials, and switches. But the pilots rely most on a few key instruments. We’re going to talk about those:

Many small airplanes have a set of six instruments, often referred to as the “six-pack”. In fact, even in the most advanced airliners and fighter jets, the information pilots get from the six pack is still there, it’s just displayed differently. That’s because the six-pack has the most important information that we need to have as pilots. Below is the top-half of a typical six-pack:

Airspeed Indicator: The airspeed indicator tells us how fast the air is moving around the airplane. In other words, it tells us airspeed. Pilots need to know airspeed to know if they are getting too fast or too slow, which can be especially important during takeoff and landing.

Attitude Indicator: The attitude indicator shows a mini version of the airplane, represented by the orange bars. If the nose is pointed up, the bars will be in the blue area, and if the nose is down, they will be in the brown area. The orange triangle also helps us measure our bank to see if we are turning. The different white marks indicate the steepness of our bank. This instrument is mostly used by pilots flying in clouds, when they can’t look outside to orient themselves.

Altimeter: The altimeter tells us how high we are above sea level. The small, thick hand is for thousands of feet, and the middle sized hand shows hundreds of feet. The very skinny, long needle shows tens of thousands of feet, but we don’t use this much in small airplanes because we don’t spend much time above 10,000MSL

Here’s the bottom of a typical six-pack:

Directional Gyro: The directional gyro, or heading indicator, shows our heading, which is helpful in navigation. We also have a traditional compass, but the compass is often slow to respond in turns, whereas the directional gyro is more stable as we turn and climb or descend.

Vertical Speed Indicator: The vertical speed indicator, or VSI, shows pilots how quickly we are climbing or descending. This can be helpful in aiding pilots as they approach to land, or try to climb at a certain rate. It also helps us keep our passengers ears from hurting: A descend higher than -.5, or 500 feet per minute, can often cause passengers ears to get plugged, which can sometimes hurt. 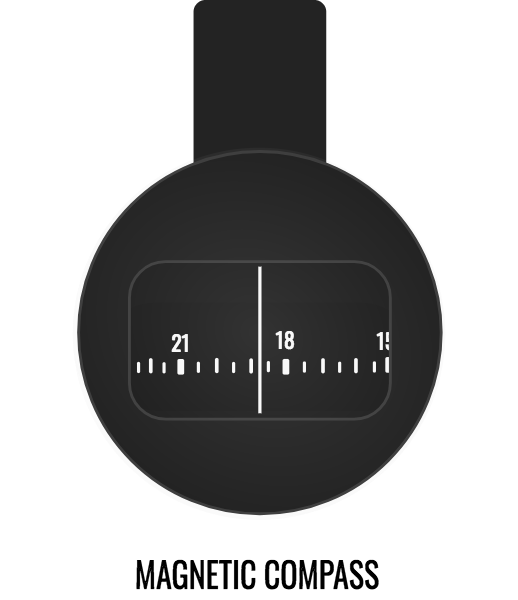 The magnetic compass is a compass just like you would carry on a hike. Except instead of watching a needle, we look at numbers on the backside of the compass so that we can fly precise headings.

Communication radios allow us to talk to Air Traffic Control, other pilots, and check weather at airports as we fly. They are a nice thing to have, and sometimes are required if we’re flying in busy airspace, or at an airport with a control tower.

Navigation radios can be used to tell other instruments to display an imaginary path through the air, sometimes called airways, or approach courses, so that we can navigate precisely over terrain without clear ground features, over open water, or in the clouds. Some navigation radios are so precise that we can land even if we can only see half of a mile in front of us. That means we don’t even see the runway until we’re 30 seconds from landing! 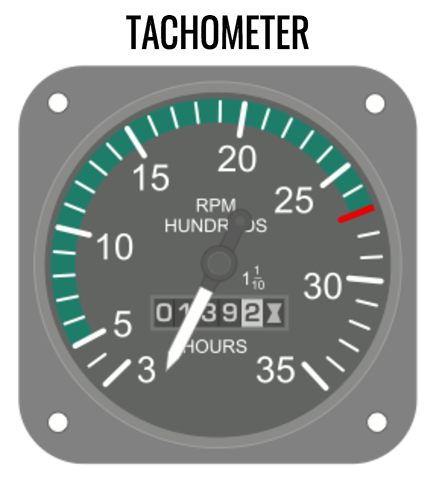 The Tachometer tells us how fast the engine is turning in revolutions per minute (RPM). The higher the RPM, the more power we are generating, which usually means the faster we will go. 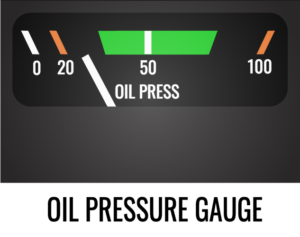 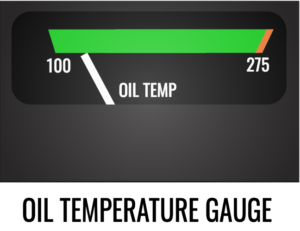 Oil Pressure is important because engines need oil in order to run properly. Low oil pressure can indicate that the engine might not work as it should. An engine that quits in flight is a procedure that pilots train for, but the oil pressure gauge helps us notice ahead of time if something is wrong.

Oil Temperature is important in a similar way. A major function of oil is to cool the engine. If temperature increases a lot and pressure starts to drop, we have have an oil leak. In that case, we would land as soon as possible.

Types of Aircraft
Flight Controls
Piloting Jobs
What Are All Those Buttons?
Welcome to the Airport
Get your Pilot's License!
Return to Aviation Merit Badge